Olaf Wieghorst (April 30, 1899 in Viborg, Denmark – April 27, 1988 in California, United States) was a painter of the American West in the vein of Frederic Remington and Charles Russell. Wieghorst emigrated to the United States from Denmark in 1918 and lived the rest of his life here. He spent his working career on mounted patrol with the U.S. Cavalry, was part of a campaign that chased Pancho Villa back across the border and the New York City Police Department Mounted Division, with occasional interludes as a wrangler on ranches in the western states. Wherever he went, he sketched and painted the Western culture he loved, often selling his work as calendar and magazine illustrations (such as Zane Grey's Western Magazine and Hoofs and Horns, an honor he shared with other cowboy artists such as Dan Muller). In 1945, Wieghorst eventually settled in El Cajon, San Diego County, California and spent the rest of his life there working on his art. Many of his works can be found on display at the Olaf Wieghorst Museum in El Cajon, California. 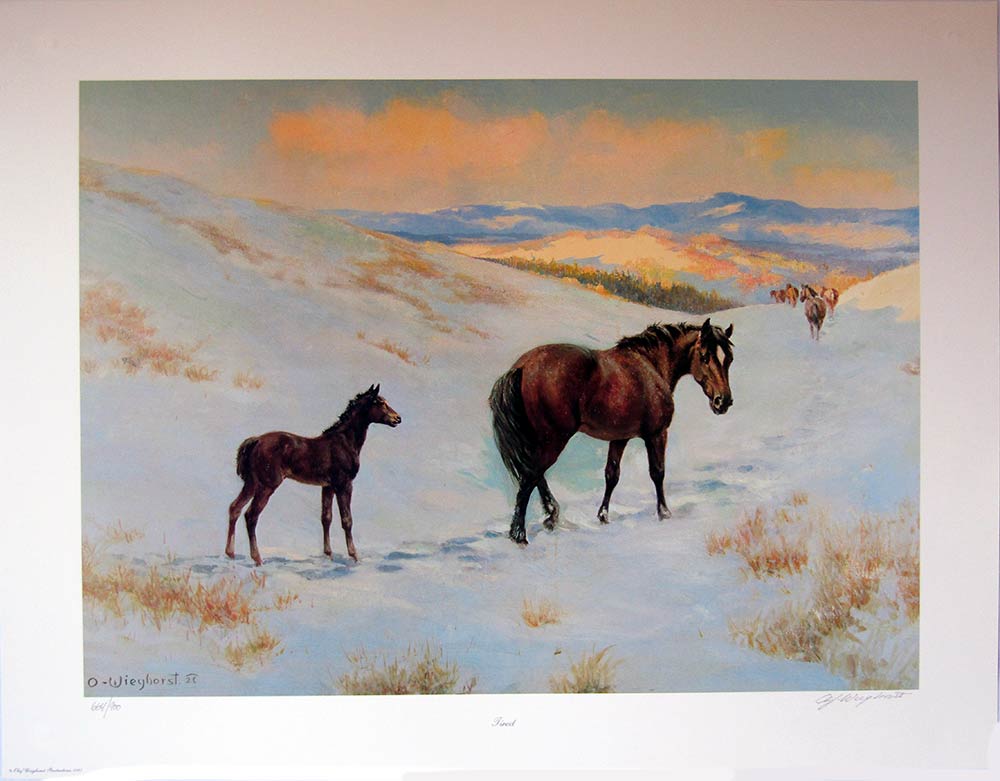 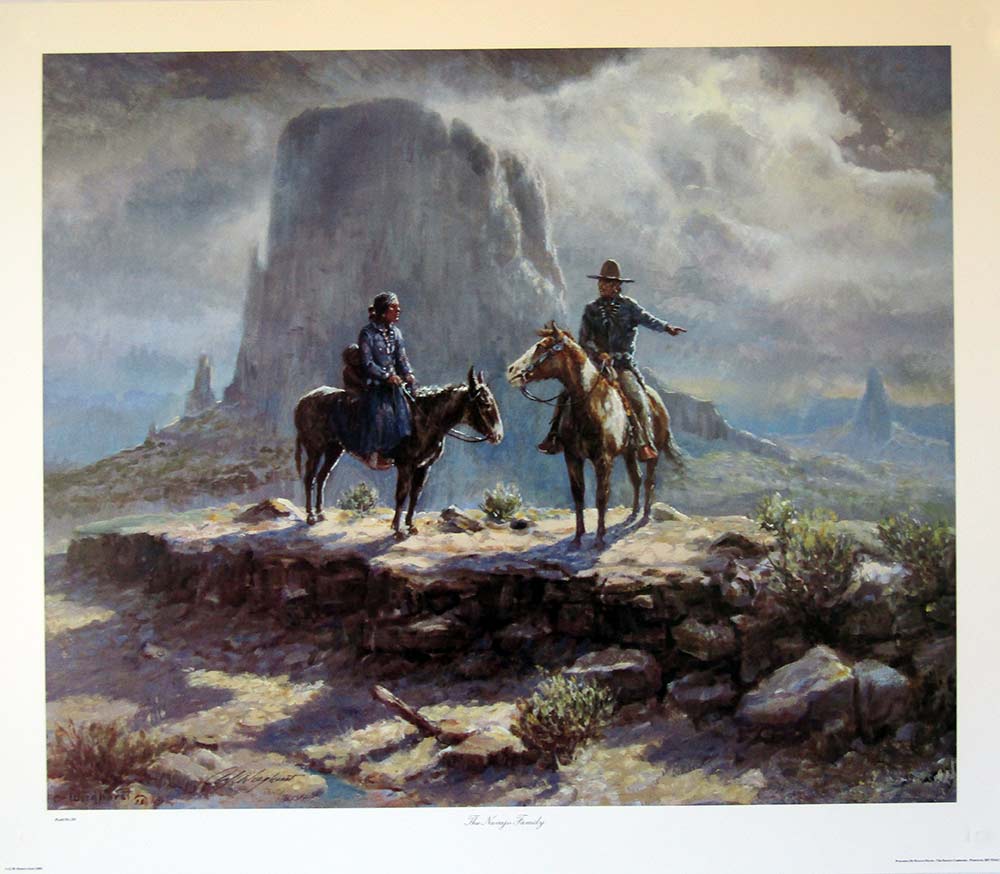