Pati was born in Highgate, England, overlooking London in 1929. Growing up, both of her parents were artists. Her mother painted watercolor landscapes, while her father painted portraits. To help further her natural talents, she took art lessons as a young girl and ultimately went to work for J. Arthur Rank, the moviemaker, as an animator where she spent a great deal of time working on detail, composition, and color mixing.

At 22 years old, Pati came to the United States as a governess for a family in Connecticut. Later she became a flight attendant in Florida where she met her future husband, Glynn. Little did she know, he would become the strongest influence in her life as he inspired her to pursue and share her artistic abilities with the public.

In 1958, Pati and Glynn moved to New Orleans and Pati started painting portraits in Jackson Square. Eventually, she and Glynn opened two art galleries located in the French Quarter. In the late 1960's, they moved to the Mississippi Gulf Coast where her art business thrived, making her a nationally known artist. She continued her career, painting young girls back-grounded with the New England Countryside.

Pati retired in 2005, using her time to take piano lessons, garden, and travel the world. After a brief illness, Pati passed away on Friday, July 12th, 2013. 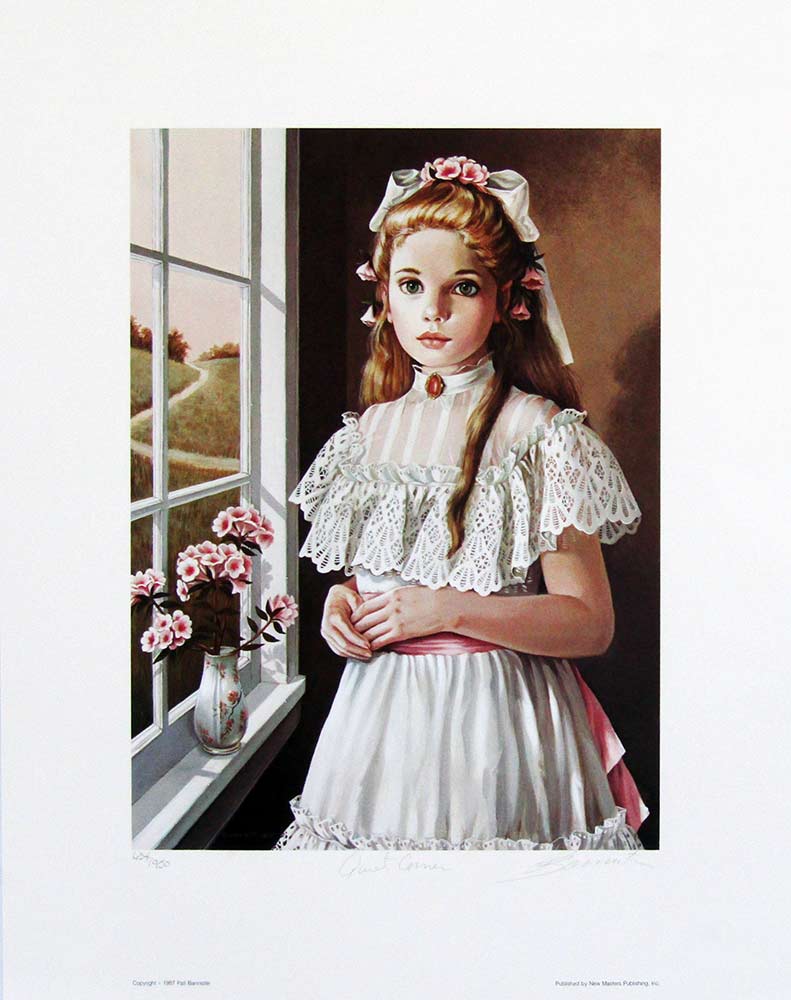